We are excited to announce the general availability of AdminStudio 2022. In this major new release, you’ll find the following feature updates are now available:

It is not uncommon to require PSF (Package Support Framework) fixups to facilitate a successful MSIX delivery. We have now introduced a simple and intuitive user interface to help you easily apply Package Support Framework fixups to resolve common runtime errors within an MSIX package. In addition to still being to bring your own Custom Fixup, we have added specialized support for the File Redirection Fixup and the PowerShell Script Fixup within our MSIX Editor. 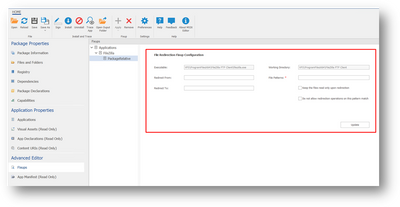 The File Redirection fixup is commonly needed when repackaged applications seek to reference files within the virtual container and the PowerShell support allows you to specify a script to run before or after the launch of an application so you can address any special preparation or cleanup activities you wish to include in your MSIX package.

To get this powerful MSIX editor out more quickly, you may have noticed some of the application properties have not been editable. In AdminStudio 2022, we have unlocked the ability to edit the Applications of an MSIX package. To oversimplify, you might think of Applications as shortcuts (entry points) for your MSIX package. Customer feedback confirmed this was among the most edited aspects of an MSIX package, so we’ve prioritized it accordingly. 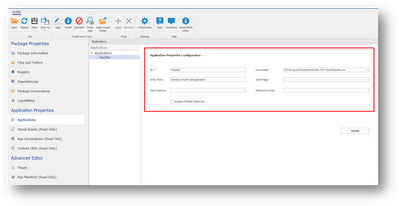 Automation of Commercial and LOB (line of business) Packages

The Package Automation feature is enhanced to help you improve your automation coverage of applications by automating in-house, LOB, and commercial applications. With this new “Monitored Directory” feature, AdminStudio can monitor a specified directory to automatically process new installers. When a new version of a package is dropped in the monitored directory, AdminStudio will pick up the new package to take it through the pre-configured automation actions (import, test, wrap, convert and publish). Scans for new installers being added to the monitored directory may be scheduled to run on the desired frequency. 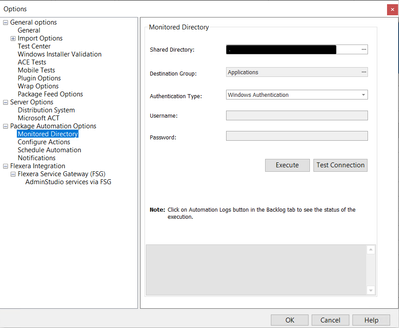 We cover thousands of installers with our Package Feed Module to make automation easy. Now you can do the same for applications that are not present in the Package Feed Module. Either manually (or automatically via external scripts) place a new installer in the monitored folder and AdminStudio will take it from there. Unlike those covered by the Package Feed Module, there are no pre-tested, silent command line details to support automated repackaging or wrapping, but AdminStudio will do its best to suggest such through analysis of the package and the authoring tool used to build the package.

Now you can automate 100% of your managed applications, no matter where they come from!

AdminStudio enables you to publish applications from the AdminStudio catalog directly to the VMware Workspace ONE UEM for end-point deployments. Initial support was added long ago before Workspace ONE had matured to its current level. We’ve gone back and enhanced this integration to support the publishing of MSI and EXE package types along with many of the deployment properties supported by Workspace ONE. 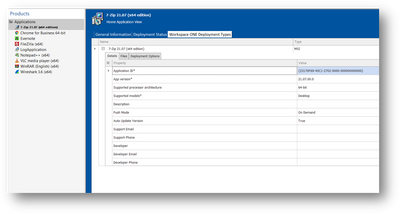 Our goal to keep AdminStudio up with the new versions of the Microsoft ConfigMgr remains solid. Publish applications from AdminStudio 2022 to the newest version of the ConfigMgr 2203.

As a mature product supporting a wide range of capabilities, some of the frameworks and components included were old or had reached end-of-life status. In this release, significant work was done to update such to improve the security of the solution significantly. Additional minor enhancements and bug fixes have also been included in this release, to see the full release notes, please click here.

This article was originally published by LOGON’s partner Flexera. Click here to view the release notes.

AdminStudio arms your IT team with a complete application packaging solution to accelerate the reliable preparation of deployment packages provided by software vendors, or those you may need to build yourself.

LOGON is a Flexera partner in Asia. Purchase AdminStudio through SoftwareAsia.com today.

Originally published by Bfore.AI. During Bfore.AI PreCrime internet scout of 15 July 2022. they have identified suspicious markers across multiple vectors. One of those was this website spoof that could be targeting unsuspecting bank clients.

Originally published by Bfore.AI. By implementing a number of practical training, process and technology measures, companies can avoid adding a cyber crisis to the challenges associated with telecommuting and COVID-19. Follow these 7 steps to help protect your assets.

3 ways to stimulate and reinvent effective risk management in the face of uncertainty | Bfore.AI

Originally published by Bfore.AI. The impact of the coronavirus pandemic and its economic fallout has been significant and the failures in risk management numerous. Indeed, regardless of how your organization was affected, there is much to learn about risk management from this crisis.

Revenera announced the new release of InstallShield 2022, with ability to create installations directly within Microsoft Visual Studio and support for custom extensions in MSIX projects.

Crisis management is at the heart of ransomware resilience | Bfore.AI

Originally published by Bfore.AI. Business leaders can recover from attacks faster if they understand and prepare for the organization-wide implications of ransomware. A modern response to ransomware and extortion must be treated as a business risk that prioritizes effective crisis management across the enterprise.

3 ways to stimulate and reinvent effective risk management in the face of uncertainty | Bfore.AI
October 2022

Register to the event

Take advantage of the new features and enhancements of AdminStudio 2022

Book a Demo session with our specialist